Take a first look at the new iPhone 11 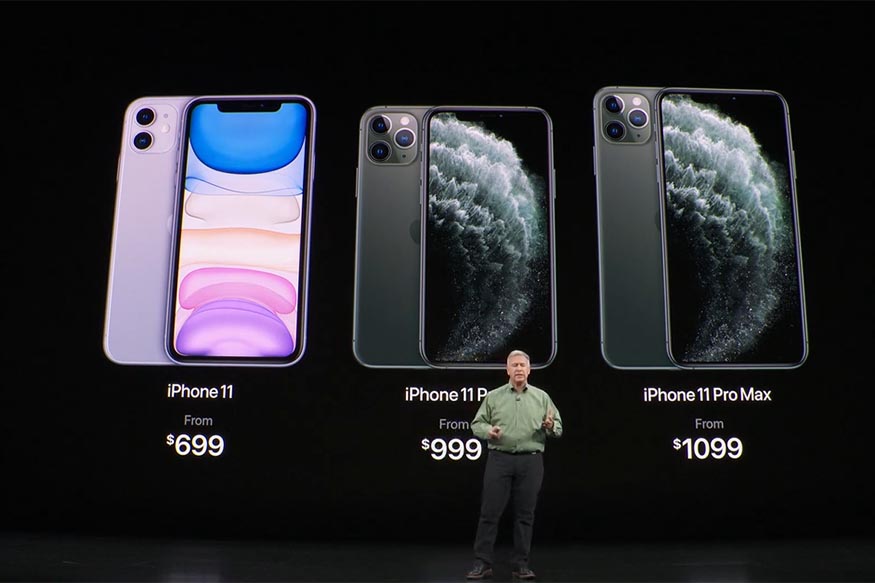 Apple has announced its all-new next-generation iPhones. The iPhone 11 Pro, which will have a 5.8-inch screen, along side the 6.5-inch screen iPhone 11 Pro Max are the two major phones Apple unveiled today. Like many anticipated, despite the new generation phone, it’s fairly similar to the iPhone 10, with one notable change, the rear camera. Apple CEO Tim Cook has gone onto say that the iPhone 11 Pro is specifically designed for customers who want the “most sophisticated technology.”. The new phones are said to be more powerful than their replacements, while also being able to produce more power. They will also boast up to four or five hours longer battery life than their XS predecessors. Apple have also launched the standard iPhone 11, fairly similar in appearance to both the Pro and Pro Max, although it’ll retail as an entry level phone, meaning it might not be to the same quality and performance as the Pros. This will likely be the replacement for the iPhone XR. One thing that is bound to get the majority of the headlines is the awkward triple-camera system design on the back of the iPhone 11. It is said to be a much more enhanced camera, but at the cost of looking quite bulky, square and ugly. Here are some of the best promotional shots to give you the first look at the new iPhone 11.

1. Expected 4 iPhone sizes in three display sizes which could be 5.4, 6.1 and 6.7 inches Every summer, rumours … END_OF_DOCUMENT_TOKEN_TO_BE_REPLACED

1. The all new 2020 Mercedes GLA This is the all-new Mercedes GLA – the latest version of Mercedes’ entry-level … END_OF_DOCUMENT_TOKEN_TO_BE_REPLACED

1. Jokers or funny people trying to share misinformation on social media Many governments have tried their absolute best to … END_OF_DOCUMENT_TOKEN_TO_BE_REPLACED