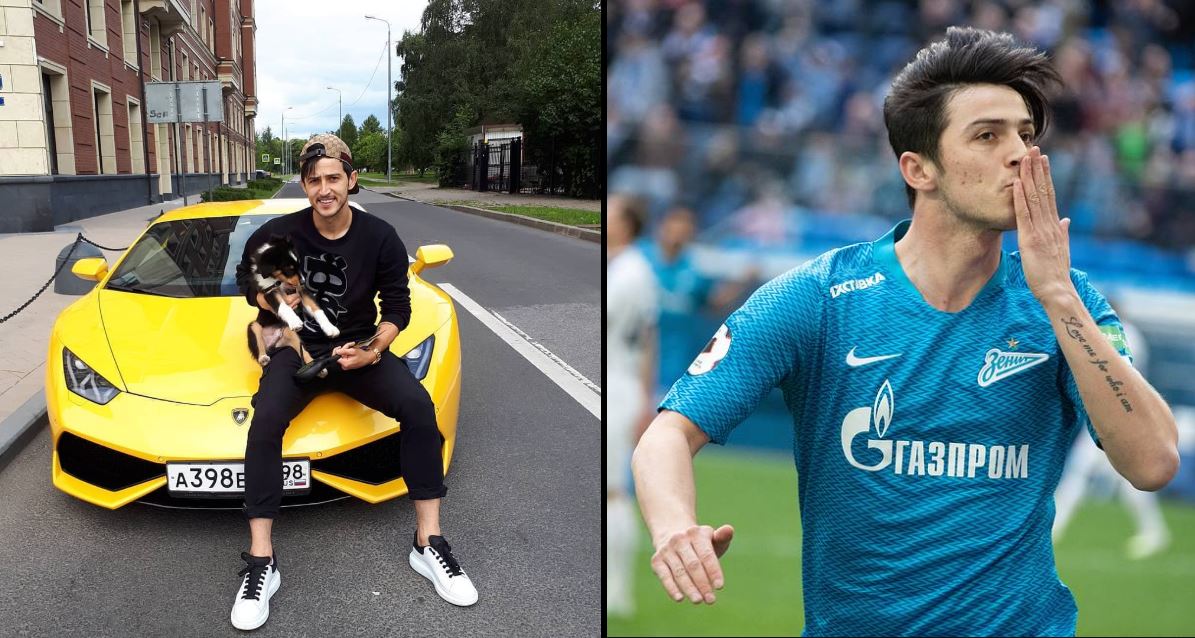 Team Melli star and Zenit St Petersburg forward Sardar Azmoun has been seen showing off his new $240,000 bright yellow Lamborghini Huracán. Azmoun, still only 24, joined the Russian champions, Zenit, last year and in half a season managed 9 goals in 12 games, becoming one of their most crucial players in both the league and European tournaments. Sardar is seen as one of the best young talents in Europe and a real popular player with the fans. Azmoun’s contribution to Team Melli have also been of much value, as the striker has managed almost 30 goals in only 45 matches, despite his young age. If Azmoun continues to score and help his team win the way he has been, it won’t be long before bigger European teams come after him. Given the state of the current football transfer market, his valuation would be around $30 million. The Lamborghini Huracán is a 5.2-litre naturally aspirated V10 that produces 600bhp and can travel up to 212mph. The couple version, seen in Azmoun’s picture was first released in 2014 and has gone onto be one of the best selling supercars worldwide.

Simon Cowell and his partner Lauren Silverman filled their $450,000 Rolls Royce Phantom with a bunch of toys for their … END_OF_DOCUMENT_TOKEN_TO_BE_REPLACED

1 of 9 It’s often said that everyone out there has an identical somewhere in the world. Whether you run … END_OF_DOCUMENT_TOKEN_TO_BE_REPLACED

1. Mercedes V-Class You may have noticed when watching a movie or video from another continent, when you see a … END_OF_DOCUMENT_TOKEN_TO_BE_REPLACED