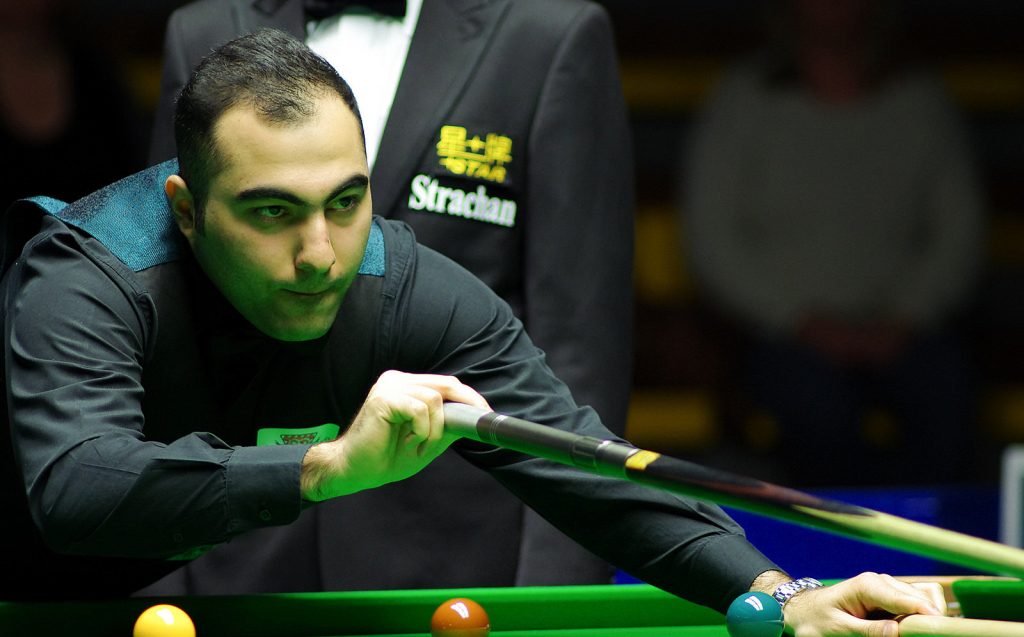 Hossein Vafaei is a 24 year old Iranian professional snooker player. He was born in Abadan, Iran and is often referred to as “The Prince of Persia”. It won’t be of any surprise to you that he is in fact the first Iranian professional snooker player in the history of the game. His initial attempt to travel to the United Kingdom in order to qualify for major snooker tournaments was denied due to visa issues. However, in February 2015, he was granted a UK visa and has since participated in some of the game’s most exclusive and world renowned tournaments. In the 2016/17 snooker season, he qualified to the quarter finals of the Northern Ireland Open, before losing out. He also had a fantastic run in the China Open were he recorded his most famous victory against former number 1 ranked, and currently 2nd ranked opponent, Judd Trump. At just the age of 24, Hossein Vafaei is doing his nation proud in a sport that isn’t the most recognisable one, nor is it an easy one to succeed in. Vafaei has already ranked as high as 30th in the world and will hopefully continue to rise. Due to his high worldwide ranking, Vafaei is always invited to snooker’s most prestigious tournaments to take on some of the world’s best.

1. Expected 4 iPhone sizes in three display sizes which could be 5.4, 6.1 and 6.7 inches Every summer, rumours … END_OF_DOCUMENT_TOKEN_TO_BE_REPLACED

1. The all new 2020 Mercedes GLA This is the all-new Mercedes GLA – the latest version of Mercedes’ entry-level … END_OF_DOCUMENT_TOKEN_TO_BE_REPLACED

1. Jokers or funny people trying to share misinformation on social media Many governments have tried their absolute best to … END_OF_DOCUMENT_TOKEN_TO_BE_REPLACED