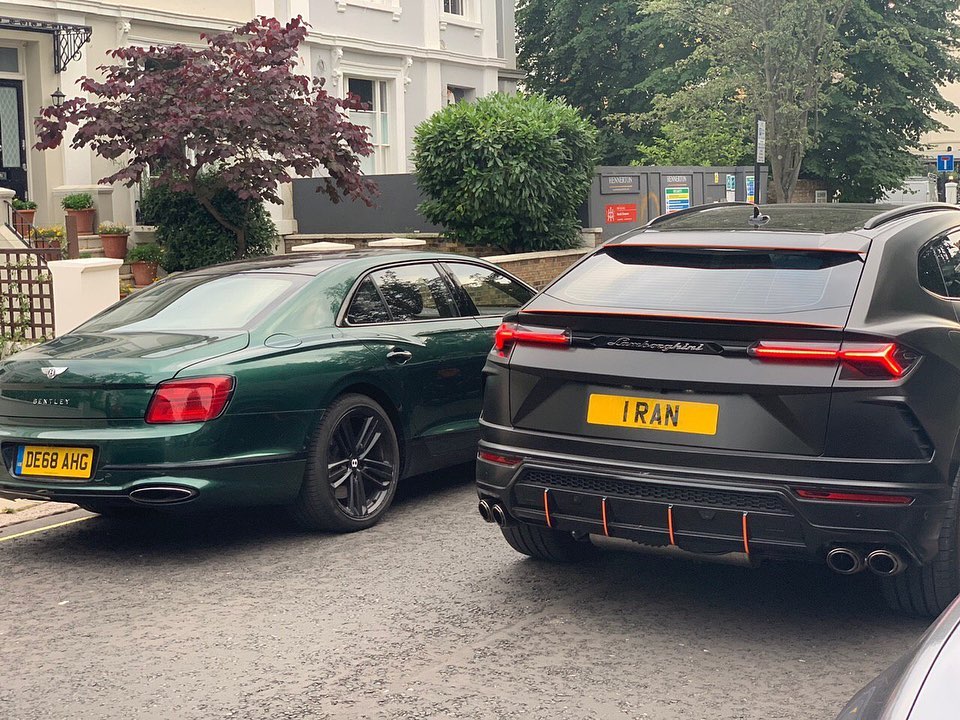 The Lamborghini Urus is a luxury SUV known to be one of the fastest in the world. It was initially released by Italian supercar manufacturer Lamborghini in 2018. The price starts at $232,000 and for that you get a 4.0 L twin-turbocharged V8 engine that produces over 640bhp. This particular Lamborghini Urus, also known as a Lamborghini truck, that has been seen around Central and West London has a significant feature of note to a majority of us. License and registration plates in the UK must follow a specific format, even if they are private plates with reduced characters. The less characters on a registration plate, the more expensive it is. For example, a plate with around 4 characters will probably cost at least $70,000. This plate, seen in the images spells out our homeland, “Iran”. However, as rules in the UK suggest, every plate must have at least 1 digit and 1 letter. The actual plate on this stunning Lamborghini Urus is 1RAN, but the style of the font makes it appear as though it reads our homeland. The owner of the vehicle is unknown, but the plate itself leaves us with no questions about their nationality. Here are some of the best shots of this particular Lamborghini Urus.

Brabus Automotive are known for one thing only – making already high performing cars, even better. Their project with the … END_OF_DOCUMENT_TOKEN_TO_BE_REPLACED

10. Mercedes EQC Battery range up to 260 miles Price from £67,950 The electric car market is well and truly … END_OF_DOCUMENT_TOKEN_TO_BE_REPLACED

1. Different shape on the cockpit windows Airbus and Boeing are two of the world’s longest serving, and most popular … END_OF_DOCUMENT_TOKEN_TO_BE_REPLACED

1. All new Silverado EV Chevrolet has revealed an all-electric variant of its extremely popular Silverado pick-up truck ahead of … END_OF_DOCUMENT_TOKEN_TO_BE_REPLACED