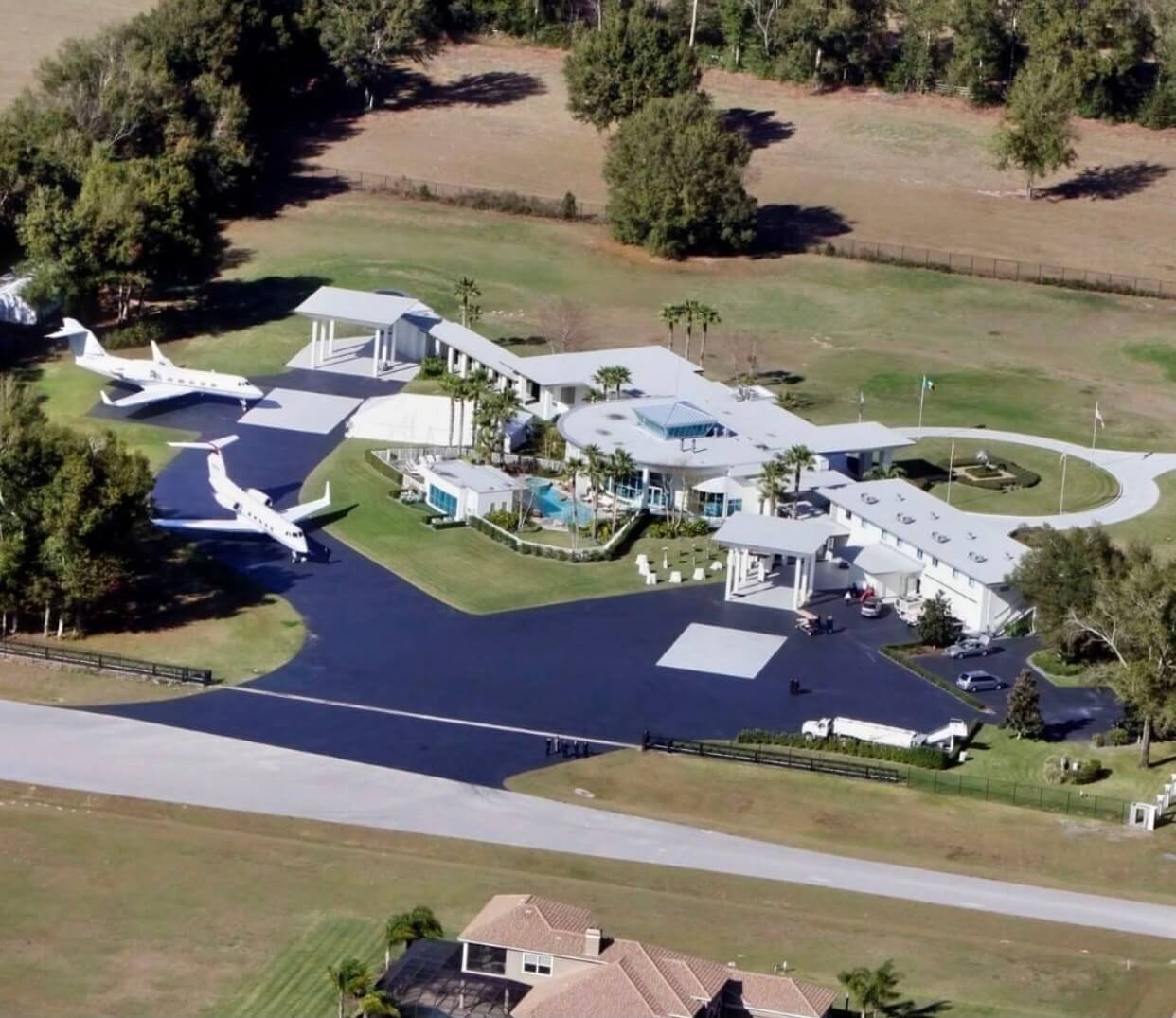 2. It comes equipped with a large runway, and enough space for over 5 aircrafts

John Travolta’s exceptionally unique airport house is within the Jumbolair Aviation Estates, the residential airpark where he lives. The Hollywood A-List Actor is a flight enthusiast and certified private pilot who owns five aircraft as well as an astonishing 16-car garage, so it’s only fitting that his house has two runways that lead directly to his front door! “We designed the house for the jets and to have at our access the world at a moment’s notice, and we succeeded at that,” John Travolta told Australia’s “Today”. He continued to say, after mentioning that most things within the house are aviation themed – “I was five years old when I fell in love with aviation. This is in my blood”. “It was always John’s dream to have planes in his front yard — to practically be able to pull up to the house — so that when you wanted to go to dinner, all you’d have to do was step out the door, get on the plane and whisk off”, said Kelly Preston. John Travolta added: “You can be the ultimate eccentric, like I am, and bring in Boeing 707, but you can also bring in any corporate jet or airliner”. Although the property came equipped with a 7,500-foot runway, Travolta extended the taxiway to reach the house.

Brabus Automotive are known for one thing only – making already high performing cars, even better. Their project with the … END_OF_DOCUMENT_TOKEN_TO_BE_REPLACED

10. Mercedes EQC Battery range up to 260 miles Price from £67,950 The electric car market is well and truly … END_OF_DOCUMENT_TOKEN_TO_BE_REPLACED

1. Different shape on the cockpit windows Airbus and Boeing are two of the world’s longest serving, and most popular … END_OF_DOCUMENT_TOKEN_TO_BE_REPLACED

1. All new Silverado EV Chevrolet has revealed an all-electric variant of its extremely popular Silverado pick-up truck ahead of … END_OF_DOCUMENT_TOKEN_TO_BE_REPLACED