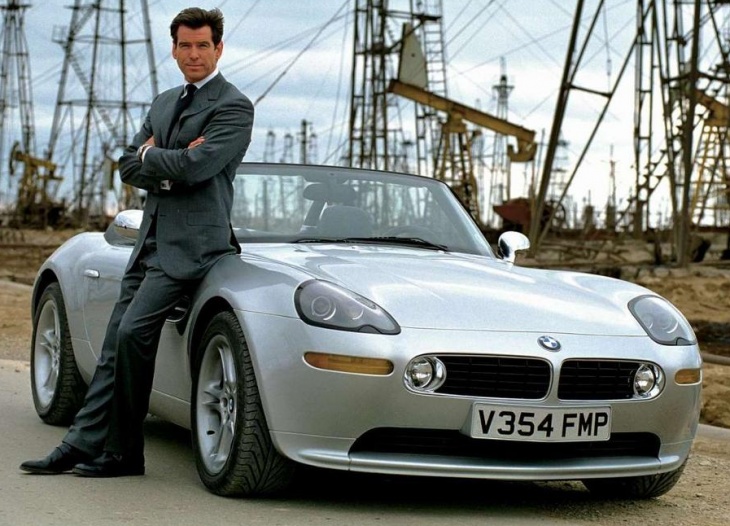 James Bond has been captivating cinema audiences for over 50 years and has charmed us all with his handsome looks, smooth personality and charm, as well as his undeniable ability as a secret service agent. Known to many as 007, his agent number, the role of James Bond has been played by some of Hollywood’s most notable names. The likes of Sean Connery, Pierce Brosnan, Roger Moore, and most recently Daniel Craig have all had the privilege of playing the role of Bond. The many consistent components that a Bond film will involve is a pretty lady, an evil villain, beautiful scenery and most importantly a powerful sports car. The sports car in each Bond film has gone onto become an iconic part of the movie and depicts every characteristic of the movie itself. With cars ranging from Bentleys to Aston Martins and other luxurious and iconic sports car brands, the car that James Bond will drive around in the movie goes into Hollywood movie history and is forever remembered. Here are some of the most classic cars James Bond has driven over the past few decades.

Simon Cowell and his partner Lauren Silverman filled their $450,000 Rolls Royce Phantom with a bunch of toys for their … END_OF_DOCUMENT_TOKEN_TO_BE_REPLACED

1 of 9 It’s often said that everyone out there has an identical somewhere in the world. Whether you run … END_OF_DOCUMENT_TOKEN_TO_BE_REPLACED

1. Mercedes V-Class You may have noticed when watching a movie or video from another continent, when you see a … END_OF_DOCUMENT_TOKEN_TO_BE_REPLACED