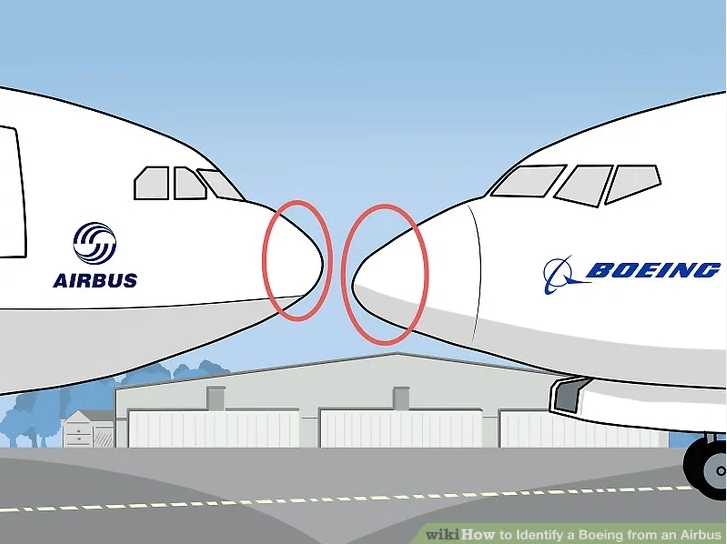 2. The tip, and shape of the aircraft nose is different

Airbus and Boeing are two of the world’s longest serving, and most popular aircraft manufacturers. Airbus is European-based and it’s production line is spread across Europe’s major countries. Boeing is an American company that has historically rivalled Airbus for many of the past decades. What they both have in common, is that they dominate the skies. Almost all flights and airlines that are in the sky at one time are mostly all either an Airbus or a Boeing, and truth be told, most cannot tell the difference between the two. We thought it would be worthwhile to investigate the subtle and major differences between the appearance of both Airbus and Boeing, to make it easy for you to recognise, next time you fly.

Brabus Automotive are known for one thing only – making already high performing cars, even better. Their project with the … END_OF_DOCUMENT_TOKEN_TO_BE_REPLACED

10. Mercedes EQC Battery range up to 260 miles Price from £67,950 The electric car market is well and truly … END_OF_DOCUMENT_TOKEN_TO_BE_REPLACED

1. Different shape on the cockpit windows Airbus and Boeing are two of the world’s longest serving, and most popular … END_OF_DOCUMENT_TOKEN_TO_BE_REPLACED

1. All new Silverado EV Chevrolet has revealed an all-electric variant of its extremely popular Silverado pick-up truck ahead of … END_OF_DOCUMENT_TOKEN_TO_BE_REPLACED