How did King Jong Un get his Mercedes? 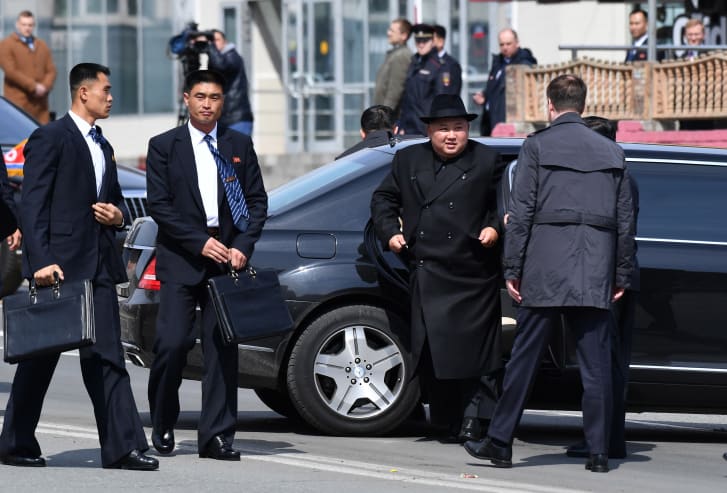 3. North Korean Leader has been a huge fan of Mercedes

Despite US sanctions being clear and precise about a “no-selling of luxury goods” to North Korea, the leader seems to have found a way of adding to his already impressive collection of Mercedes Benzes. According to reports, during the summer of 2018, two armoured Mercedes-Maybach S600 Guard vehicles were shipped from the Dutch Port of Rotterdam. The two cars would eventually travel through China, Japan, South Korea and Russia, with each being worth about $500,000. Finally, the cars were flown to Pyongyang airport, based in the capital city of North Korea. Supreme Leader of North Korea, Kim Jong Un would await for the arrival of his two new Mercedes Limos. It would be of no surprise that the Mercedes is a high-tech, super luxurious car with boasts the features of leather massaging seats and armour to protect occupants from steel-core ammo fired from assault rifles or explosive devices. A car truly fit for a leader.

October 8, 2019 | 8:16 pm
We may use cookies to personalise ads and to improve your browsing experience. Learn more about how we use cookies