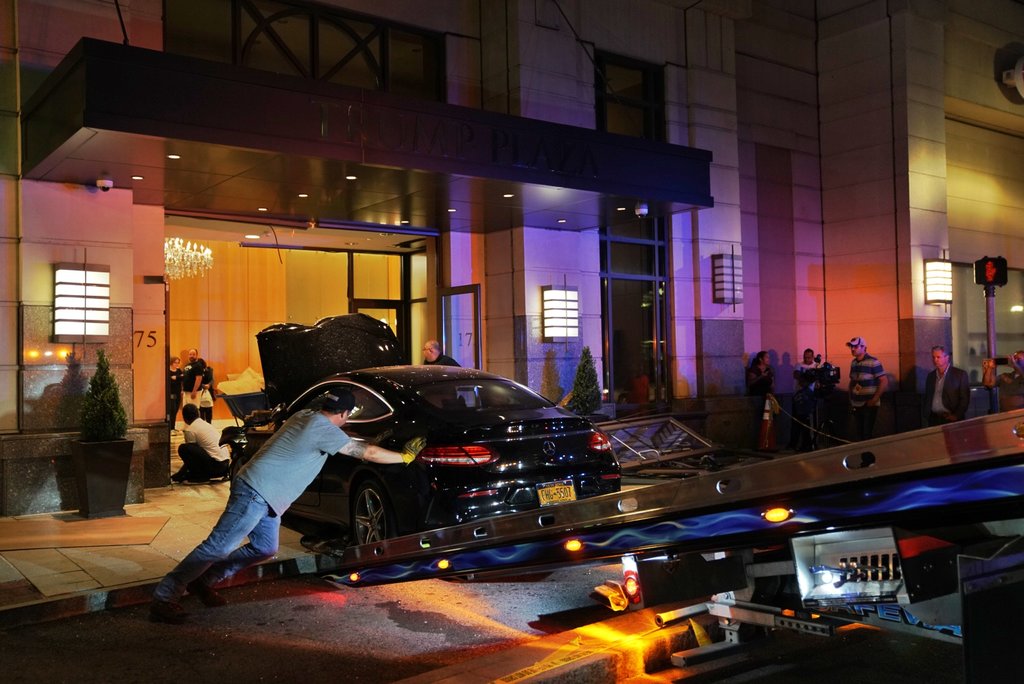 An expensive Mercedes car has smashed into the lobby of the Trump Plaza residential tower in New Rochelle, New York, slightly injuring two pedestrians according to police said. It was said to happen around 8:40 p.m. Tuesday in the New York City suburb, roughly 32 km northeast of the more famous Trump Tower, located on Fifth Avenue in Manhattan, where US President Donald Trump has a home. According to locals, they heard a loud boom then saw the crash as a $40,000 black Mercedes coupe crashed into the lobby of the building. Police have since mentioned that the 63-year-old male driver of the Mercedes appears to have suffered from a medical condition that contributed to the collision. He was said to have blacked out, prior to the crash and therefore could not make the left turn required. The Trump Plaza is an apartment building which opened in 2007. It is the lesser-known real estate property within the Trump brand.

10. Audi A3 – 223k sales It’s a known fact that compact cars are useful for a number of reasons. … END_OF_DOCUMENT_TOKEN_TO_BE_REPLACED

1. Bentley State Limousine – For the Queen’s Royal transportation Being in the spotlight for decades upon decades, the Royal … END_OF_DOCUMENT_TOKEN_TO_BE_REPLACED

1. The Rock lists his stunning Atlanta home Dwayne ‘The Rock’ Johnson has listed his sprawling Georgia estate. The 48-year-old … END_OF_DOCUMENT_TOKEN_TO_BE_REPLACED

10. Sri Lanka, Asia With winter well and truly amongst most of us, the common question and desire most have … END_OF_DOCUMENT_TOKEN_TO_BE_REPLACED