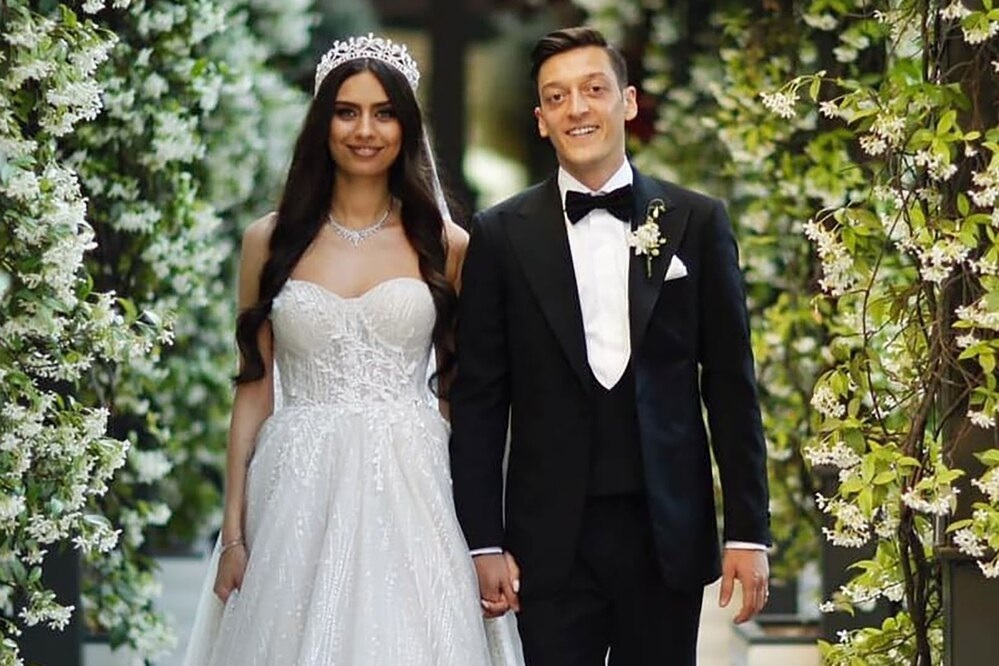 Turkish President Recep Tayyip Erdogan was surprisingly gifted the opportunity to be the best man at German and Turkish international footballer Mesut Ozil’s wedding on Friday in Istanbul. The footballer got married at the Four Season hotel on the luxurious and beautiful banks of the Bosphorus river in the heart of Turkey. Mesut Ozil, who is 30, was tying the knot with his beautiful fiancee and former Miss Turkey, Amine Gulse. The pair live together in North London, as Mesut Ozil plays for Arsenal football club, where he earns over $250,000 per week. Mesut Ozil posed with Erdogan before last year’s World Cup and showed his support for the Turkish President, however, due to his part German-nationality, it caused some backlash, with even German Chancellor Angela Merkel’s chief of staff referred to the gesture as “making one sad”. Since the heavy backlash and criticism Ozil received for showing support to Erdogan, he eventually quit International football and a year one, here he is with the Turkish President by his side on his wedding day. Here are some of the best shots from the beautiful wedding.

Simon Cowell and his partner Lauren Silverman filled their $450,000 Rolls Royce Phantom with a bunch of toys for their … END_OF_DOCUMENT_TOKEN_TO_BE_REPLACED

1 of 9 It’s often said that everyone out there has an identical somewhere in the world. Whether you run … END_OF_DOCUMENT_TOKEN_TO_BE_REPLACED

1. Mercedes V-Class You may have noticed when watching a movie or video from another continent, when you see a … END_OF_DOCUMENT_TOKEN_TO_BE_REPLACED