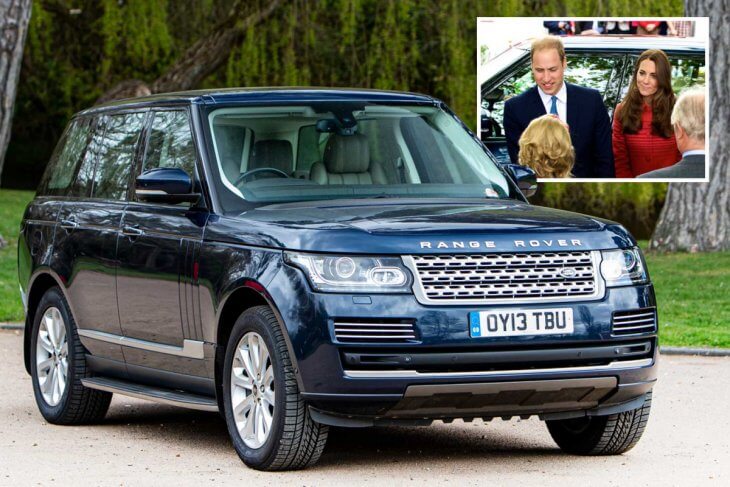 1. The Duke and Duchess of Cambridge’s 2013 Range Rover for sale

A Range Rover used by The Duke, Prince William, and Duchess of Cambridge, Kate Middleton, is set to go under the auction hammer this month. It is estimated to sell for as possibly as little as £30,000 / $42,000. The navy blue 2013 Range Rover Vogue SE SUV was originally supplied to Prince William and Kate Middleton for their personal use by Land Rover’s VIP Department back in 2013 and is fitted with a selection of additional features upon request of the highest order. The car was likely purchased with family and kids in mind, as Prince George was born that very year. It was pictured being used by the couple on a visit to Perthshire on their tour of Scotland in 2014 – meaning bidders have the chance to own a vehicle that was genuinely fit for royalty. It will be sold as part of the Bonhams MPH May Auction on 22 May in Bicester, Oxfordshire, and has a guide price of £30,000 to £40,000. Here are some of the best collection shots of the luxury Range Rover, which has been kept in particularly great condition.

Brabus Automotive are known for one thing only – making already high performing cars, even better. Their project with the … END_OF_DOCUMENT_TOKEN_TO_BE_REPLACED

10. Mercedes EQC Battery range up to 260 miles Price from £67,950 The electric car market is well and truly … END_OF_DOCUMENT_TOKEN_TO_BE_REPLACED

1. Different shape on the cockpit windows Airbus and Boeing are two of the world’s longest serving, and most popular … END_OF_DOCUMENT_TOKEN_TO_BE_REPLACED

1. All new Silverado EV Chevrolet has revealed an all-electric variant of its extremely popular Silverado pick-up truck ahead of … END_OF_DOCUMENT_TOKEN_TO_BE_REPLACED