Looking back at the coolest tennis matches ever 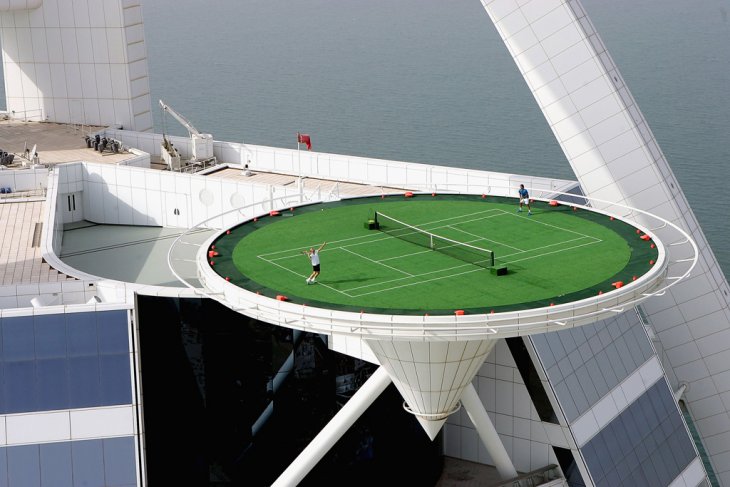 Back in February 2005, argubaly the coolest ever tennis match took place between Roger Federer and Andre Agassi. To promote the Dubai Duty Free Championships, Federer and Agassi played tennis on the helipad on top of the Burj Al Arab hotel, in Dubai. Despite there being no trophy, no points, or even a score being kept, the world stood still for a moment in time, while the two pros “battled” it out. The Burj Al Arab hotel is probably the most prestigious hotel in the world, and to use the helipad for one afternoon was quite a spectacle. Speaking to ATPWorldTour.com, Agassi admitted – “This was an absolutely amazing experience,”. “When you first get over how high you are and start playing, it’s an absolute joy and it was a great time. I had no issues with the height as long as I didn’t have to bungee jump off the side.”

Brabus Automotive are known for one thing only – making already high performing cars, even better. Their project with the … END_OF_DOCUMENT_TOKEN_TO_BE_REPLACED

10. Mercedes EQC Battery range up to 260 miles Price from £67,950 The electric car market is well and truly … END_OF_DOCUMENT_TOKEN_TO_BE_REPLACED

1. Different shape on the cockpit windows Airbus and Boeing are two of the world’s longest serving, and most popular … END_OF_DOCUMENT_TOKEN_TO_BE_REPLACED

1. All new Silverado EV Chevrolet has revealed an all-electric variant of its extremely popular Silverado pick-up truck ahead of … END_OF_DOCUMENT_TOKEN_TO_BE_REPLACED