Best photos of the NFL draft in coaches homes 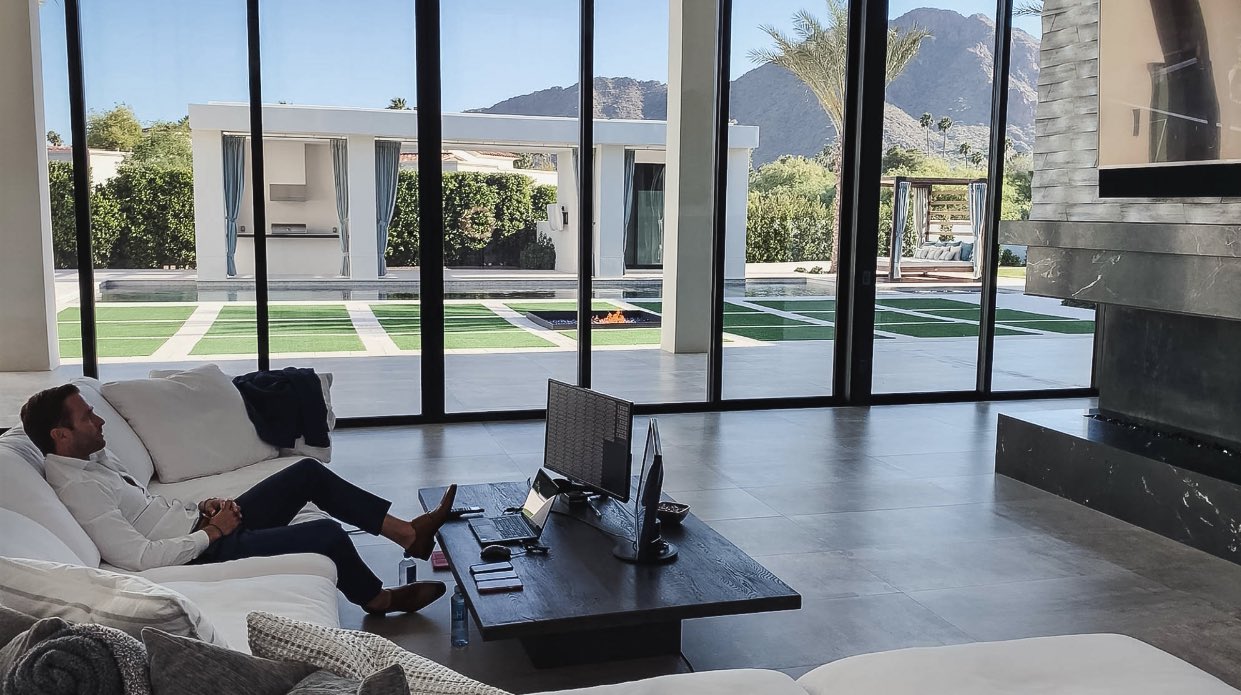 The NFL Draft occurs every April from a prestigious venue, with thousands of football fans in attendance. This year, due to the COVID-19 virus and the affects it has has on public events, the NFL decided to still go ahead with the draft, however, organise it from behind close doors and over conference calls. Due to the types of people involved, such as coaches, and general managers from each time, this gave camera crews and fans an opportunity to see what the “war rooms” or personal homes of some of those coaches looks like. In particular, Arizona Cardinal’s head coach, Kliff Kingsbury, gave stunned viewers an unreal shot of his beautiful Paradise Valley mansion in Arizona. It also gave Dallas Cowboy’s owner Jerry Jones an opportunity to flaunt his wealth, with shots of his home. However, for the rest of the hard working general managers and head coaches of the NFL, the rest of the houses looked to be fairly modest. Here are some of the best photos of the NFL draft in coaches homes.

Brabus Automotive are known for one thing only – making already high performing cars, even better. Their project with the … END_OF_DOCUMENT_TOKEN_TO_BE_REPLACED

10. Mercedes EQC Battery range up to 260 miles Price from £67,950 The electric car market is well and truly … END_OF_DOCUMENT_TOKEN_TO_BE_REPLACED

1. Different shape on the cockpit windows Airbus and Boeing are two of the world’s longest serving, and most popular … END_OF_DOCUMENT_TOKEN_TO_BE_REPLACED

1. All new Silverado EV Chevrolet has revealed an all-electric variant of its extremely popular Silverado pick-up truck ahead of … END_OF_DOCUMENT_TOKEN_TO_BE_REPLACED